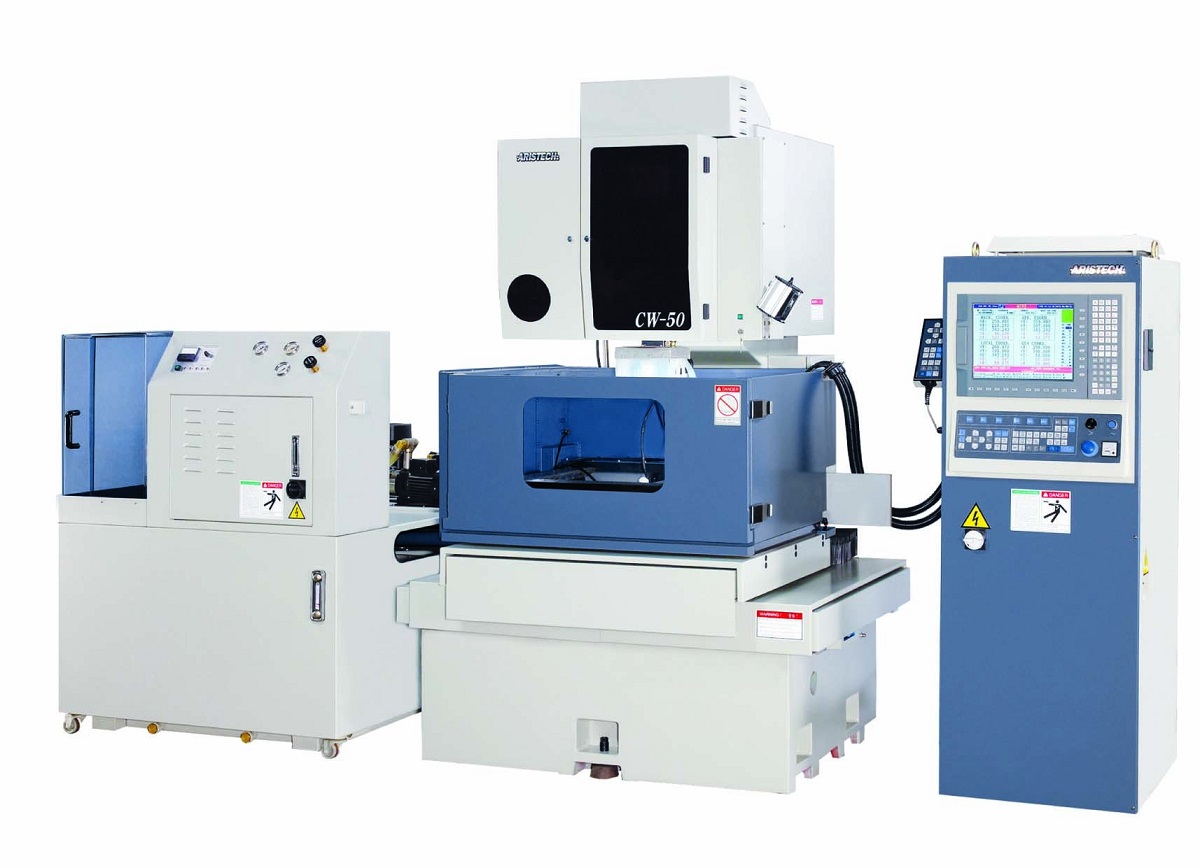 EDM , or electrical discharge machining , is a process by which a workpiece is worked into shape through the generation of an electric arc between the workpiece and an electrode. EDM is considered a type of machining by chip removal.

EDM or electrical discharge machining is a type of machining by chip removal that uses sparks that are precisely controlled and that occur between the graphite electrode (cutting tool) and a workpiece; this process is done with the presence of a dielectric fluid. And what is a dielectric fluid? Dielectric fluids are hydrocarbon products that are characterized by being highly refined or synthetic.

It is important to note that this is not a new technique, as EDM dates back to the 18th century when it was discovered that electrical discharges had an erosive effect. It was not until 1943 that EDM began to be used as machining by Soviet scientists. The first EDM system was a circuit with a succession of discharges produced between two conductors that separated from each other, using a non-conductive liquid called a dielectric.

EDM can be defined as a procedure in which an electric arc is generated between the part to be machined and an electrode, using a dielectric liquid to generate chip removal; the piece and the electrode must be made of conductive materials so that the electric arc can occur and, consequently, the removal of material.

Unlike the different machining processes , where the chip removal is done by a cutting tool , in EDM there is no direct contact. That is, the electrode extracts the excess material without the need for physical contact with the part to be machined. Herein lies the main advantage of this technique: parts with complex shapes can be machined that would not be possible with other techniques.

EDM uses thermal energy to be carried out. Thanks to this thermal energy, the material can be torn off by the action of heat. The heat is produced through sparks that are formed by the electrical flow , which is generated between the electrode and the work piece. For EDM to work, certain basic operating principles must be met.

In this process there must be a power supply that controls the time and intensity of the electrical discharges; in addition, a movement executed by the electrode must appear. In order for chip-starting sparks to form, the electrode must be separated from the workpiece a specific distance. The distance between the part and the electrode is known as the overcut distance or gap ; for this distance to be maintained there must be a non-conducting dielectric fluid . As dielectric liquid , paraffins, mineral oils or deionized water can be used. These liquids depend on the machine used.

How is the EDM process?

The dielectric fluid fulfills the functions of insulator until the moment in which the necessary voltage is applied to become a conductive liquid. Thanks to the irregularities of the surface of the electrode and the piece, an electric field is produced between both parts. This electric field is generated at the closest points between the piece and the electrode, and the discharge is established between these points. When this bridge is formed, the free electrons and ions accelerate their speed and form what is called an ionized column.of dielectric fluid, which is what conducts electricity. This is when the sparks are formed that cause the particles to collide.

One of the phases of the EDM process is the formation of the gas bubble. This causes the pressure to rise steadily until a plasma zone is generated. Plasma is considered the fourth state of matter, and in EDM it reaches temperatures ranging between 8,000 and 12,000 degrees Celsius. This is when vaporization of part of the surface material of the part and the electrode occurs. When the gas bubble implodes, as the spark goes out, the dielectric fluid is deionized and temperatures are reduced. This causes the material to break off and form a cloud in the dielectric liquid. The immediate results is a kind ofcrater on the eroded surface of the workpiece.

When the cloud cools, it solidifies into small particles called EDM chips.

There are three types of EDM machining:

previousHow is the clamp for wood lathe?