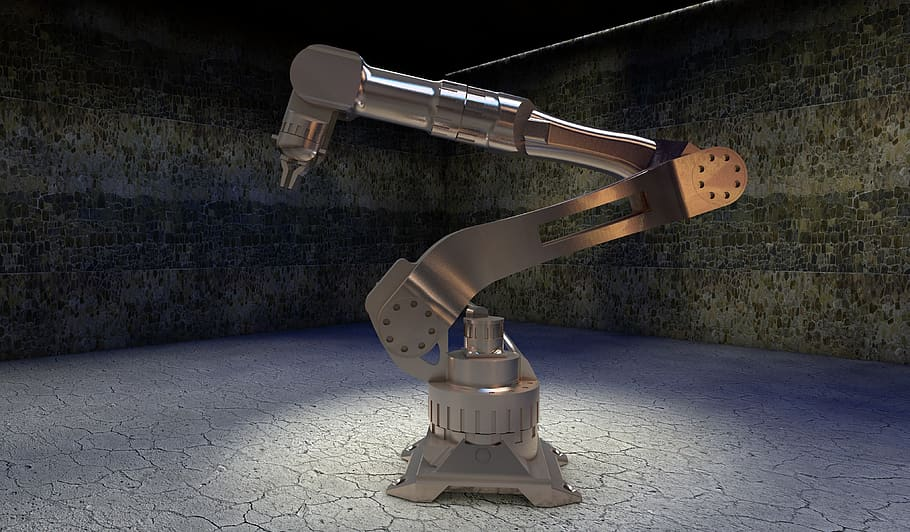 Nowadays, more and more industrial robotics projects appear in metalworking and other industries such as automotive, nautical and medicine. And it is that robotics plays a fundamental role for the automation of factories since new technologies with great benefits for production are included.

Before analyzing the different industrial robotics projects, it is essential to talk about industry 4.0. It is a kind of fourth revolution of machines within factories that, if in the 18th century during the industrial revolution it was represented by the steam engine, in the 21st century it is led by robots. And it is that if industry 4.0 has been consolidated it has been thanks to industrial robotics and automation; These two terms cannot go without each other.

Industrial robotics is the study, design and use of robots to carry out industrial cutting processes; Automation, on the other hand, can be defined as a set of computer, mechanical and electromechanical elements or processes that are carried out with minimal or no operator intervention. Robots and automation are the pillars of Industry 4.0.

One of the benefits of industry 4.0 is not only the reduction of production times and costs (it is ideal for mass production of large quantities of parts), but it also reduces the participation of operators and guarantees their safety, since they are no longer in charge of tasks so complex that they can represent a risk. On the other hand, since everything is controlled from computers, there is less margin for error and the results are more precise.

Undoubtedly, one of the most established industrial robotics projects today is the industrial robot. This is a machine that works on three or more axes and can be controlled automatically or programmed and reprogrammed through a computer. The history of the first industrial robot dates back to 1937, when the first of these machines was invented; At that time, the device, which was called “the crane”, had five possible axes of movement, within which were rotation and grip. Over the years, pioneering robotics companies have been inventing and adapting robots to new technologies.

Today there are five types of industrial robots:

The first industrial robots were responsible for coining the term automation of processes and tasks; They were also the first to incorporate safety sensors to protect workers and operators from accidents in factories and workshops. Eventually, robots were designed with better features, such as increased mobility, which resulted in increased production efficiency. The effectiveness of these robots grew when systems and tasks were incorporated that allowed the robots to perform tasks in collaboration with the operators.

Currently robots are capable of communicating with each other, but they can also collaborate directly with human beings. These types of robots are called cobots or collaborative robots. This not only increases your efficiency, but also means that production processes are optimised, costs are cut and production results are of higher quality. This is one of the most ambitious industrial robotics projects that allows cobots to make mass production lines very quickly, safely and precisely.

Another of the great revolutions in robotics without a doubt are the articulated arms. Today, this type of technology can be adapted to other types of machine tools as an accessory, so that operators do not even have to position the part to be machined, for example.

The articulated arms are capable of moving, palletizing and assembling pieces and parts to form modular assemblies. This type of machines can be programmed, using very sophisticated software so that human intervention is minimal.

Automation: the challenge of industry 4.0

The ultimate goal of the many industrial robotics projects is to achieve the automation of the industry. The level of automation depends on the type of industry in which you want to apply: metalworking, manufacturing, food, automotive, etc. Today there are three different types of automation.